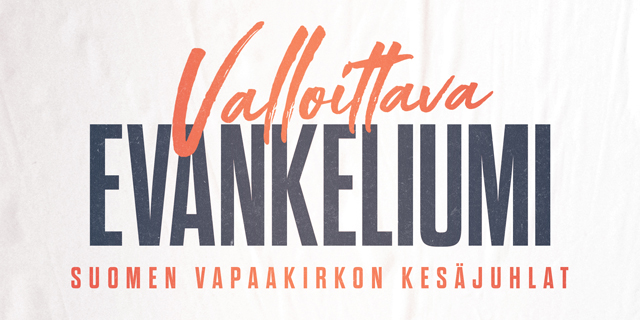 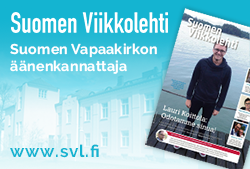 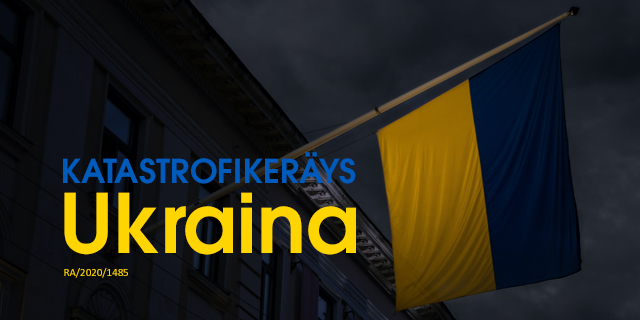 History
The Evangelical Free Church of Finland (EFCF) sprang out of a revival movement that swept through the Nordic countries in the 1870’s.

Organization
The EFCF currently has 15,151 members (31.12.2011) in 100 congregations and it has been organized into eight regions each consisting of 10-15 local congregations. The highest authority in EFCF is exercised by the Assembly of Congregations which meets twice a year.

National Ministries
Support ministries for local congregations
Church planting: There have been 17 new church plants during the past 10 years. The metropolitan area of Greater Helsinki has seven congregations, of which six have been planted since 1991.

Natural Church Development: Focuses on the quality of a church rather than on numerical growth. About 15 congregations are applying the NCD principles. National events such as the annual Summer Conference, which attracts 12-15,000 visitors.

Family ministries
There is a concern for the well-being of families, the increasing divorce rate and the effects of this upon children. Currently, there are about 35 couples who serve the local congregations by providing different types of marriage and pre-marital counselling and ministry.

Diaconal ministry
The Free Church revival began with the awakening of concern for the poor. During the past few years mercy ministry has again gained attention, and in 2007, a new organization named ViaDia was created to coordinate the improved efforts within EFCF. A coordinator for mercy ministry was also added in the staff. The goal is to support, train and assist local congregations to reach out to the poor in a more systematic fashion.

The Romany (Gypsy) ministries
Holding special functions for the Roma for evangelism and discipleship.

Missions
The first missionary was sent to China to work with Hudson Taylor in 1890. A vision to work in Tibet drew missionaries to the Himalayan region and these two fields formed the focus of the work until the 1950’s. Since then the number of the fields has grown to the present 17 as we have followed the policy of working in partnership with established mission agencies and national churches. Today we have 32 career missionaries.

Working with street children is a growing ministry as we begin to tackle the challenge of urban communities. We also support the education of 400 children in developing countries through our child sponsorship programme.

The Himalayan Free Church continues the work begun by the EFCF mission in the Himalayan region over 100 years ago. Today the HFC has 107 workers and 8,000 members in 95 congregations in the North-East India.

Training
The EFCF Theological Seminary provides training mainly for full-time ministers: a four-year program for pastors, three years for youth workers and two years for missionaries. The Seminary offers also a one-year Bible School. Short term training is provided at the Training and Retreat Center for lay workers and ordinary church members varying in length from a weekend to a month.

Inter-Denominational Cooperation
Part of EFCF’s ”spiritual DNA” is to serve as a bridge among different denominations. The EFCF is also actively involved in the Finnish Ecumenical Council, The Free Church Council of Finland, the Evangelical Alliance of Finland and the Finnish Missionary Council.